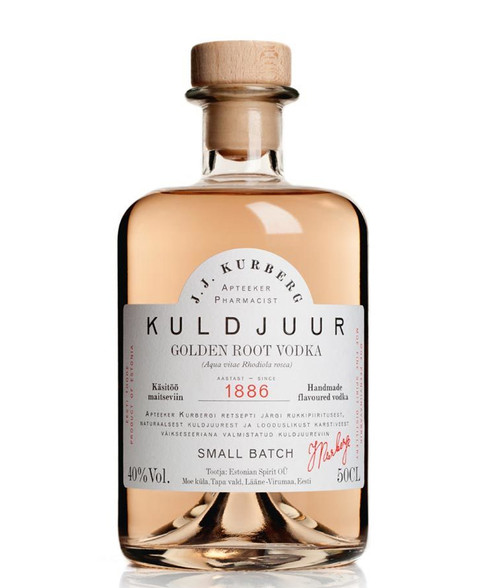 The secret recipe for MOE GOLDEN ROOT VODKA dates back to 1886.

It was created by the Estonian pharmacist JJ Kurberg, who in addition to operating a pharmacy, also founded a distillery, in the small town of Moe in northern Estonia. At the distillery today they still produce excellent vodka after the original recipes from JJ Kurberg.

It is slightly aromatic with some spicy notes. Initial flavour is clean and clear from the rye distillation before the golden root starts to play - this gives a sweetness and herbaceous complexity to the vodka. The aftertaste is medium and dry, with distinct flavours from the golden root.