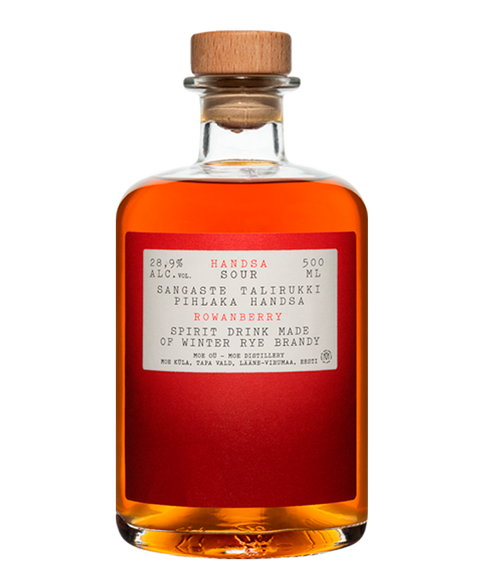 Brand new in store and in Australia

"Handsa" is a handmade ancient spirit made from organic rye. The strong alcoholic drink has been distilled in Estonia from the late 18th century using traditional methods.

The distillers made the beverage for themselves but also for contraband. They had to possess perfect knowledge and skills to get it right as it is slow distilled only once and even the smallest mistake would ruin the whole batch.

Handsa Sour Rowanberry is flavoured with rowanberries which are traditionally picked right after the first frost in Estonia.

It has a warming mild flavor with a rich buttery texture and hints of rye bread.