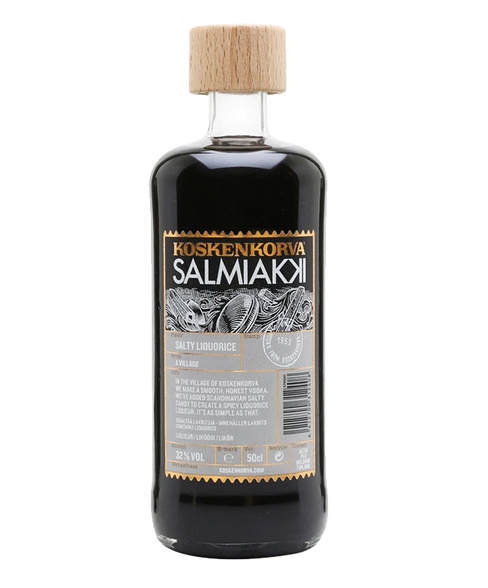 Koskenkorva Salmiakki is the third most sold liqueur in Finland.

Koskenkorva Salmiakki, a liqueur made of Koskenkorva Vodka and salty liquorice, was introduced to the Finnish market in the early 1990s. Shortly after its release, production was banned because it was selling too well.

This popular drink was re-introduced to the market in 1995, this time with a lower alcohol percentage. It has been among the best-selling products in the Finnish alcohol monopoly ever since. In 2016, it was the third most sold liqueur in the Finnish retail monopoly Alko.

Perfect to drink as a shot or "on the rocks".