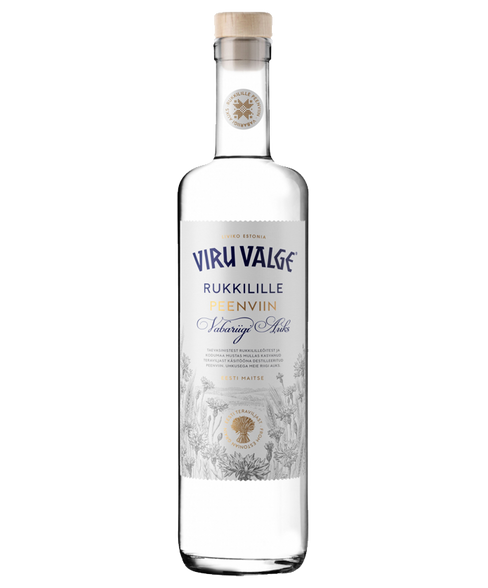 Hand made small batch slightly flavoured vodka made for the 100th anniversary of the Republic of Estonia.

It is produced from the Estonian grain by modern and innovative coal filtration.

The fine and delicate floral flavour of the vodka is created with the cornflower distillation. It is produced using time-consuming steam distillation in a copper pot still. The delicate petals of the flowers are processed in a special botanical basket in the steam chamber of the pot still.

It is a novel and unique method as aromatic spirits are usually produced by boiling in spirit solution. Steam distillation takes place at lower temperatures thus allowing the extraction of the most heat-sensitive aromatic compounds. Produced this way, vodka will meet even the most demanding of tastes and provide supreme new discoveries.